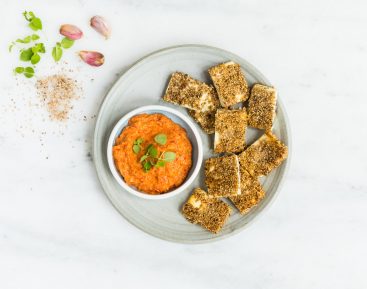 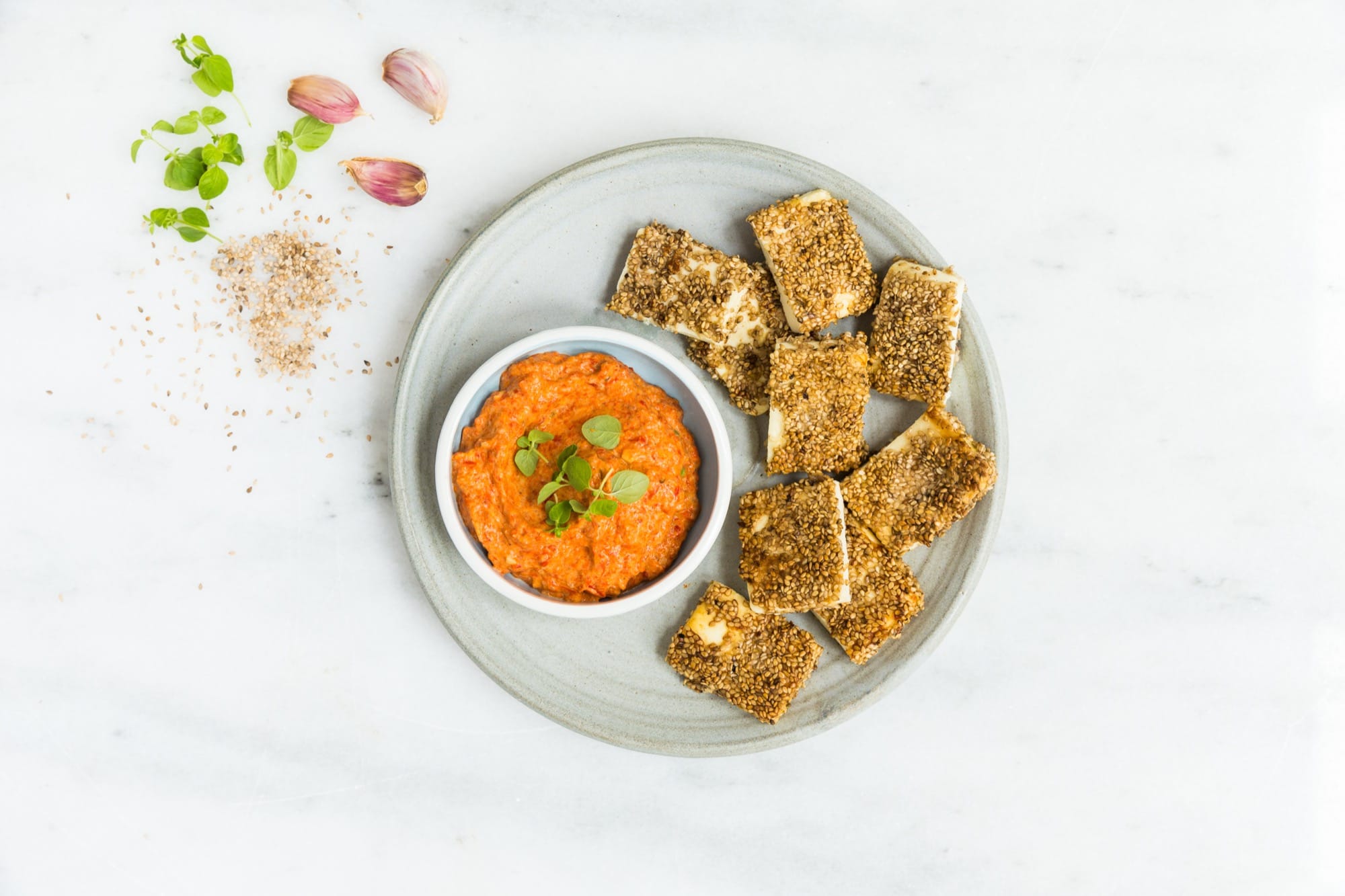 This is an easy recipe for breadcrumb-coated grill cheese with a delicious dip. It’s a great recipe for serving as a light and quick starter, a snack or as part of a brunch buffet or vegetarian dish.

This recipe has been developed by Thomas Alcayaga, who blogs as Madet Mere.

Grill the red peppers in the oven until they have gone completely black.

Place them in a bowl covered with plastic film and let them steam for 10 minutes.

Peel and cut into smaller pieces.

Put them in a blender together with the other ingredients and mix until it forms a uniform mass.

If you would like a creamier consistency, you can add a little goat’s cheese or Greek yoghurt.

Cut the grilling cheese into strips or slices and turn them in the flour, then the whisked eggs and finally the sesame seeds.

Fry in the oil until the strips are golden.

Place on absorbent paper such as kitchen roll and sprinkle with salt.

Dip the crusted grilling cheese in the pepper dip.

If you have any dip left over, it also works really well in a sandwich. 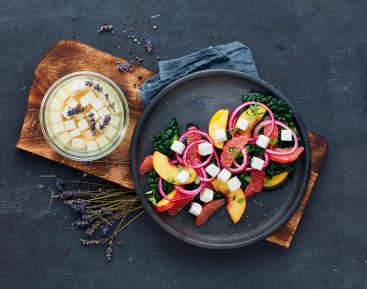 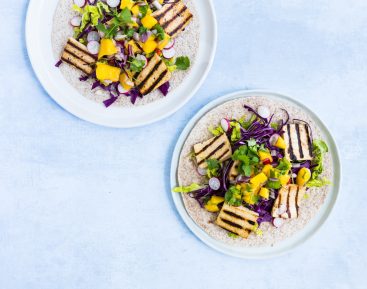 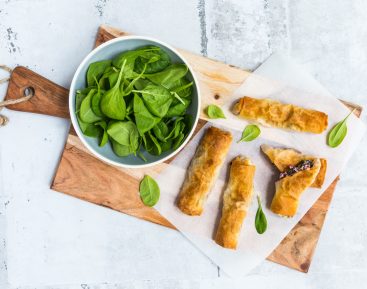 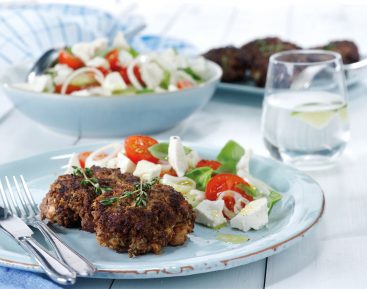 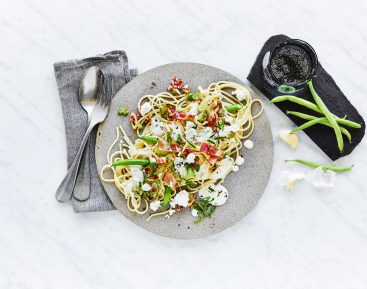 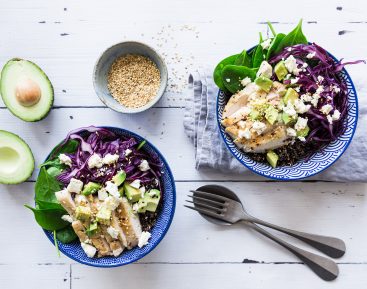