A deliciously filling salad that works just as well as a side dish for a larger main course as it does a meal in its own right. You can make a very mild version by leaving out the hot paprika or increase the heat by adding more paprika or chilli.

Cut open the pomegranate and remove the seeds, ideally into a bowl with water so that it is easier to avoid salt marks on the kitchen worktop. Set to one side.

Cut the paneer into squares.

Heat up a pan, add a little oil and fry the paneer until the edges are golden.

Remove the paneer from the pan, add a little extra oil along with the mild and hot paprika and turmeric and then fry the cauliflower in the spices at medium heat.

Turn the mix well as it cooks. When the cauliflower has the right ‘bite’ for your tastes, remove from the heat.

Coarsely chop the mint and parsley and toss into a bowl, then add the cauliflower and paneer and mix well.

Now get your dressing ready: Roll the lime across the kitchen table to release the juices, then cut in half and press the juice into a small bowl.

Finely grate in the ginger and then add all the other ingredients together with a little salt.

Stir well and then pour over the salad.

Finely slice the chilli and sprinkle over the salad. Serve while still warm.

Tip: The best way to remove the seeds from a pomegranate is by cutting off the top and bottom and then splitting it in half with a large knife. Then fill up a bowl with water and peel the pomegranate while it soaks. You will then avoid splashing it across the entire kitchen. 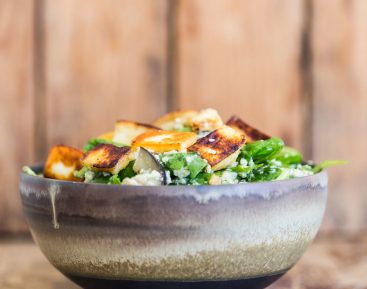 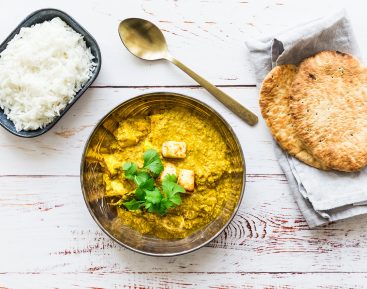 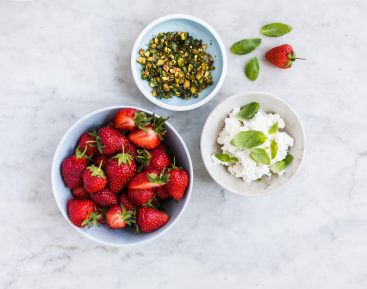